His name was Joel (hō ĕl). He was 9 years old and his familia had just immigrated from México to the United States. He came from a small rural pueblo where, if you missed the first day of school due to working the harvest, you would need to wait until the following year to start school. Since Joel worked the harvest every year, when he arrived in my fourth grade classroom in Los Ángeles County, it was his first day of school!

Joel spoke español solamente. He came to my English immersion clase most of the day. However, we were grateful for Sra. Gonzalez who taught Joel for one hour each day in a small group setting for support in español.

Each day Joel arrived to class with a joyful countenance and a look of anticipation. And, day after day, I anxiously waited for his inglés to emerge. But it didn’t. Other than a “Good Morning” or “Hello,” Joel did not utter another word of English . . . for two months! Yet, he was extraordinarily attentive in class. I was sure his lack of verbal expression was unusual and so I began to form the opinion that Joel was of low intelligence . . . until . . .

Two months into the school year, it was time for sharing (the children’s favorite time of the day, other than story time and recess). El presidente de la clase began calling on students, one at a time, to come to the front of the class and speak. Suddenly, Joel raised his hand. Mind you, Joel had never raised his hand to answer a pregunta in two months. All eyes instantly riveted to Joel. The president immediately called on Joel, and he joyfully walked to the front of the class. You could have heard a pin drop. Joel had said so few words in two months that most children did not even know the sound of his voz. Was Joel actually going to say something?

Hushed anticipation . . . hesitation . . . and then . . . out of Joel’s mouth came two perfectly formed paragraphs. It was a moment I’ll never forget. We were stunned . . . and then suddenly, as if on cue, the entire class broke out into joyful aplausos! I cried. Joel beamed with pride. The faces of his peers smiled literally ear to ear . . . we all experienced such unifying joy over Joel’s success. Whereas I formerly thought Joel to be slow, he was actually quite bright but wanted to be perfecto in English before he spoke in public.

I later learned that 1) Joel had asked Sra. Rodriguez for help and had practiced his two paragraphs, and 2) the silent phase was not usual and could actually last for several months. This was a humiliating lesson about how wrong I, the educator, could be about a student when I really didn’t know the student’s personality, language, or culture. I thought Joel was slow. But, in fact, he was linguistically gifted and very motivated.

This experience with Joel made me wonder if I really knew my students. I wondered if I had formulated incorrect assumptions about other students, especially those of different cultural or linguistic backgrounds. I began taking courses in culture and language acquisition methodology. Those courses helped me as I continued teaching in Southern California and summers in North Africa. The experience with Joel helped me gain deeper cultural and linguistic humility and motivated me to utilize students’ backgrounds and funds of knowledge to enhance their learning, while withholding assumptions about my students. Joel helped me see my students with new eyes.

Proverbs 13:16a says, “Every prudent man acts with knowledge.”  Prudence requires knowledge, discretion, and circumspection. A prudent teacher is of moral excellence, wise, and characterized as one who does what is ethical, right, proper, or fitting. A prudent teacher searches out a matter and avoids favoritism, bias, and deception.

Reflect with the Lord:

Lord, teach me by Your Holy Spirit. Help me grow in wisdom and prudence so that my thoughts and actions might be pleasing to You. Give me new eyes and heart to: 1) see every student in my class the way that You see them, 2) steward their giftings, and 3) envelope them in Your love. I am Your ambassador in the classroom. Open my eyes to all that you have for every child. In Jesus’ name, Amen. 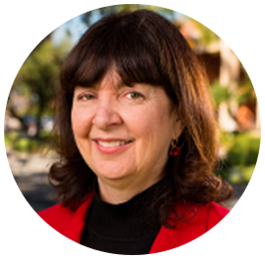 June Hetzel, Ph.D., is Dean and Professor in the School of Education at Biola University, with two decades of experience in teaching and administration in the PreK-12 sector. Her experiences in teaching culturally and linguistically diverse students in Southern California, as well as teaching overseas in North Africa, and at conferences in Indonesia, Thailand, Taiwan, England, and Malta have continued to expand her cultural and linguistic humility. She specializes in literacy processes, curriculum development, and spiritual formation.

Biola University believes Christian teachers have the ability to make a true difference in the world for the cause of Christ. The School of Education is committed to empowering you with the skills and experience you need for a lifetime of impact. If you are interested in a graduate degree or additional credentials, explore Biola University’s School of Education website: https://www.biola.edu/education