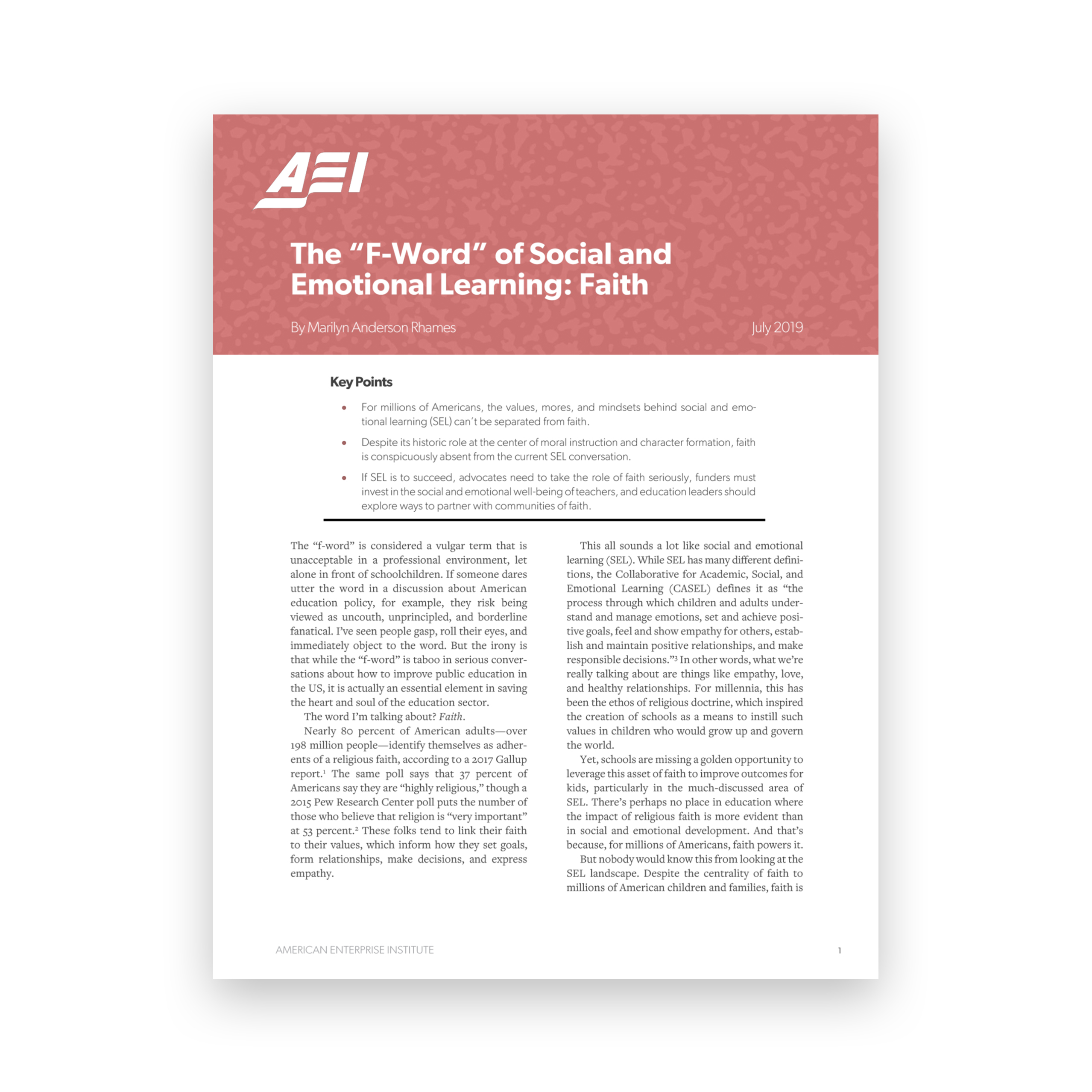 Marilyn Anderson Rhames, in The “F-Word” of Social and Emotional Learning: Faith, makes a compelling case for teachers integrating faith in their social and emotional learning (SEL) work with students. The report appears as one of a series of scholarly papers in, What It’ll Take for Social and Emotional Learning to Succeed and Survive, published by the American Enterprise Institute.

In her own life Rhames was convinced by the 9-11-2001 attack on the Twin Towers to turn from her work as a reporter in New York City to become a teacher in Chicago where she quickly discovered that she could not succeed working in hostile environments without prayer.  This led to her founding, Teachers Who Pray, in 2007.

The report argues that religious institutions already know how to teach children and adults to manage their emotions, achieve positive personal goals, establish positive relationships with others, and show empathy – the primary goals of SEL programs – and recommends that public schools form partnerships with them.  Partnerships such as faith based adopt a school programs, after-school programs, and student led religious clubs are cited as examples of how schools can help children achieve the goals of SEL.